Congratulations, you've found the secret page for Florian, my fursona! Here you will find all the art of I've commissioned of them, as well as an in-depth description of lore, personality, and the 3D model of them. 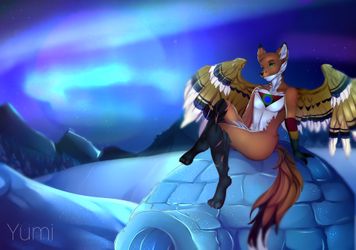 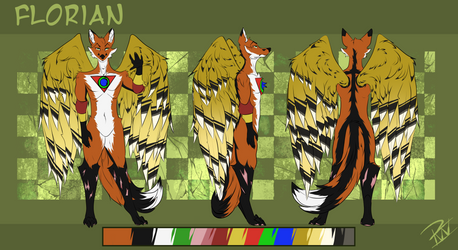 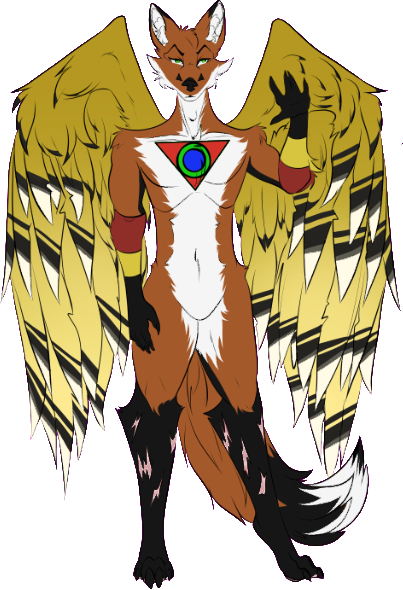 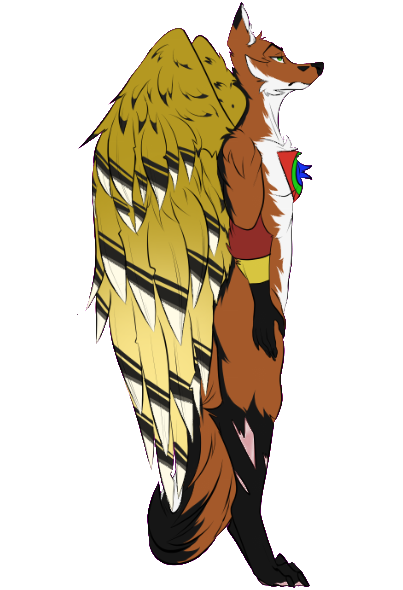 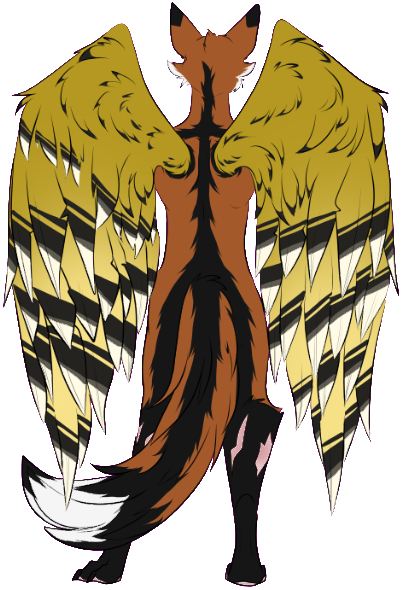 I created Florian the day I joined the fandom. I see them as some of the best and worst aspects of myself exaggerated. I'm having trouble determining where to draw the line between Florian and myself, so some of these characteristics may change. Their name was my "German name" we had to use in German class. I got a certain strange confidence when speaking in another language and I liked being called by this name in class, so I used it for my fursona.

Florian is a crafty fox. They were originally designed as the leader of a small team of heros, though I may write them into more noire-esque stories instead. They always maintain a silly, failing-upwards mentality

Their physical aspects are meant to portray them as radical and confident. I am not strict that they are always on-model and in some circumstances, it's fine to change aspects of them, especially size, to better fit the role, story, or art piece so long as they are still recognizable.

Their most prominent physical aspects include their chest triangle, which was designed as a piece of biotechnology meant to do some sort of holographic projection, though I might experiment with this more in the future, their arms, the colors of the German flag, the black bands stretching across their back and limbs, and their large golden wings made of black and white-tipped feathers. In all drawings, Florian should look like they are capable of flight.

Although in real life, I may use a cane or biopic as assistive technology for my blindness, Florian is not required to have these things, though they might be drawn with them. I still don't know whether or not I want them to be partially blind as well.

Their strong sense of justice and intense curiosity often gets them into tricky and dangerous situations. Although Florian can be stealthy, they love being the center of attention and amassing admiration for their wit. Though they love to talk, including publicly, they don't always do well out of their element and unfamiliar social situations can skeeve them out. They will strive to be a loyal friend but can get jealous of friends and they are fiercely independent giving them trouble asking for help.

They can obsess over many things. If a friend mentioned they might play a board game together, they would probably go and read every ruleset and strategy guide the night before. This obsessive nature makes them quite good at puzzles, problem-solving, and breaking into things, but it's not always a positive trait. They are likely to get way in over their head in something only to realize they've bitten off more than they can chew. They also love to help with things they're good at, which can lead to them being spread much too thin. If he lied about something he would strive to make it a reality. They are willing to lose sleep to pursue a goal they deem important.

Although they could hold their own in a fight, they will only use violence as a last resort. They will always attempt persuasive or stealthy tactics to subdue their enemies. As far as physical fighting, they prioritize mobility with sweeping arial attacks. In order to fly, they give up some of their bone mass, making it dangerous for them to get in to close combat for long periods of time. They also wield a pistol on occasion.

Florian also has a fascination with biotechnology in body modification that could give them useful advantages. I'm still working on this, but their chest triangle emits a very powerful stream of light, like a projector. It can be used to emit light in the form of any figure and from any direction. Perhaps they could be flying from above and project themself walking along the ground. Or maybe they could cast a holographic of an object which is not actually there. Additionally, their claws are coated with bronze to enhance their strength.

Florian loves to learn new things and is always trying to improve themself. Their skills include: Flying, interrogation, hacking, heuristic thinking, wit, and learning/adapting quickly. Stronger than anything else, Florian loves to create things, the outcome often irrelevant, the act of creation and bringing an idea to fruition through a medium is intrinsically rewarding enough. They engage in many idiosyncratic behaviors including pacing, spinning in circles, shaking their legs, and rocking. They're also incapable of getting dizzy, motion sick, or headaches. Although they may act goofy around friends and new people for fun, they frequently got lost in deep thought. They think a lot about society, the universe, popularity, ethics, media, friends, and themself.